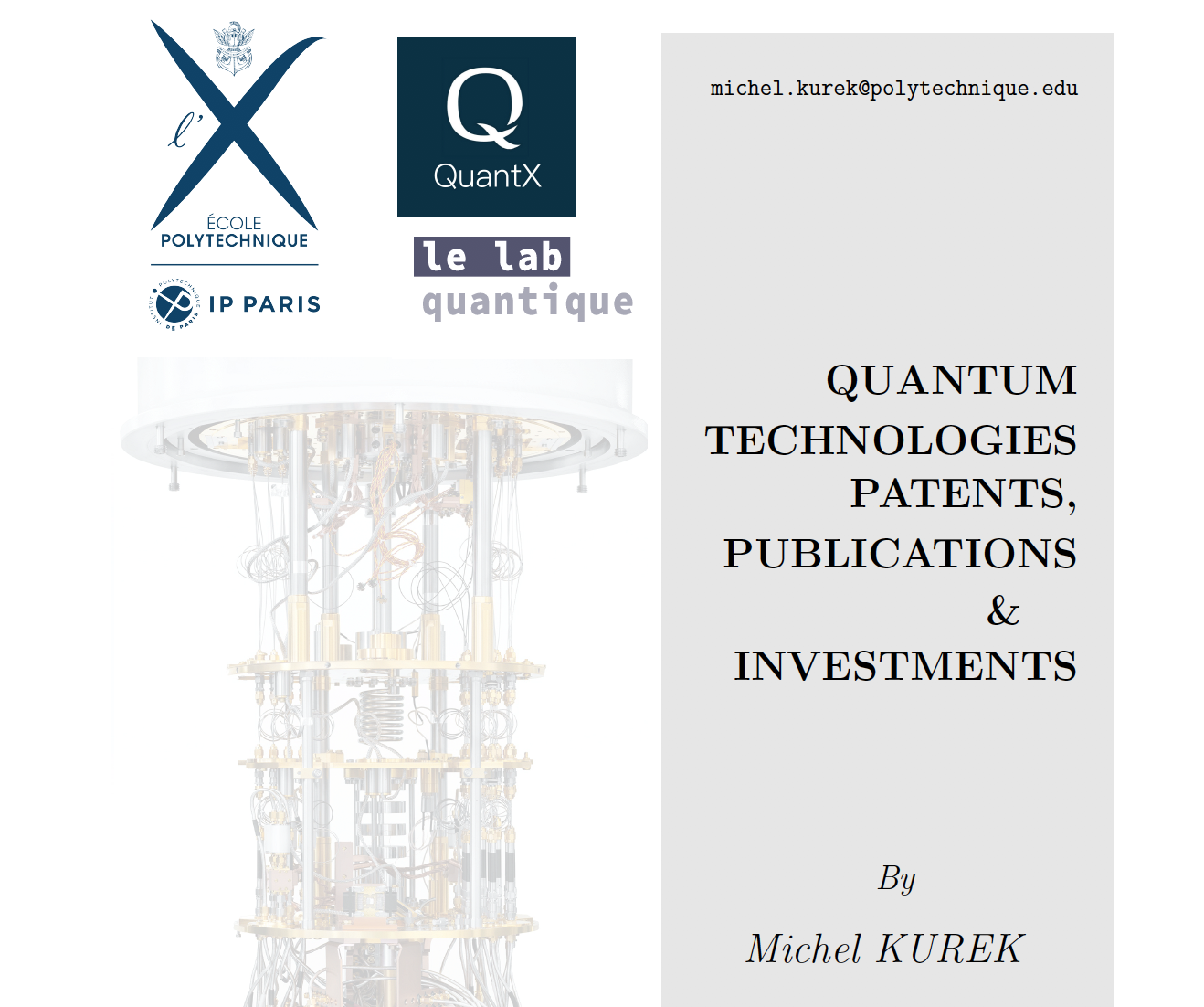 Given the opportunities and threats created by quantum technologies, significant investments have been made over the past 5 to 10 years, in both the public and private sectors.

Several governments have launched large multi-year programs with funding in excess of US $ 1 billion. In the private sector, multiple venture capital funding operations have been carried out. At the same time, many large multinational companies already working in the telecommunications, IT or sensor markets are recognizing the potential of quantum technologies and investing in their development and commercialization.

Through the analysis of tens of thousands of patents and scientific publications, and research on public and private funding of research and startups, Michel Kurek evidences gives us an original and up-to-date analysis of the sector that, no doubt, will be closely examined by stakeholders in the emerging quantum ecosystem.

This report is published in partnership with QuantX, the association of alumni of Ecole polytechnique involved in quantum technologies.

Le Lab Quantique (LLQ) is a Paris based Think Tank and a network of bottom-up initiatives. LLQ’s vocation is to foster synergies within the quantum community producing content (whitepapers, MOOCs, etc…) and by developing the close links between academia, industry and financiers. To do this, it builds relationships with comparable initiatives all over the world.
LLQ is a French not-for-profit association which works for the general interest by helping to accelerate the emergence and development of the ecosystem that is necessary for Quantum technologies to thrive.
LLQ is an open innovation environment in which students, researchers, engineers, business developers, entrepreneurs and investors are co-creating the future of the national quantum sector.